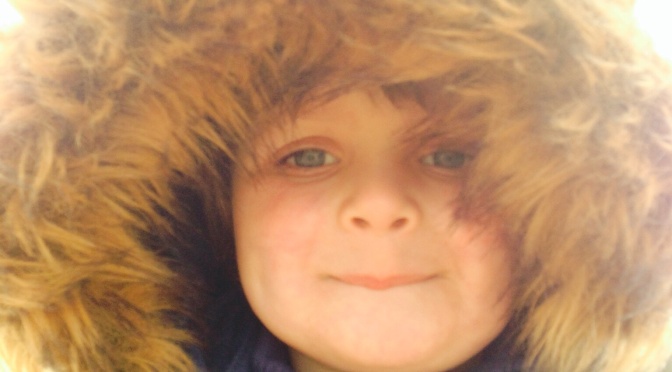 You need a little background information before we get to the current situation so let’s start at the beginning.

Herbie was born one night in early January 2009. A perfect birth according to the midwives and one that made their night shift. We couldn’t have been happier to meet our fourth child, a surprise pregnancy at 40 but all good,and we left hospital 4 hours after he was born to collect our other son and head home to start life as a family of six.
Life was good and Herbie was a delight. Chubby, happy and a natural comedian from early on.
As we entered March 2010 Herbie became unwell with a virus. He struggled to kick it and we carried on thinking it would finally just fizzle out. The doctors gave antibiotics and seemed a little perplexed and eventually on Mother’s Day 2010 at some ridiculous time in the morning, my baby left home in an ambulance fighting for his life. Meningitis , a bacterial form was the cause but after a rocky three weeks in high dependency and lots of iv meds he left home and recovered well. Fast forward to February 2011, another hospital admission, an empyema, resulting a collapsed lung and chest drain. He also caught chicken pox and this came out whilst in hospital. A lovely doctor came to see us. “We want to investigate a little further, this may be just bad luck but it could be an immune deficiency”. At this point I can’t say I worried too much.
Lots of tests, lots of photos of his spikey teeth and blotchy skin and finally a decision to put him on a profalactic antibiotic, Azithromycin, three times a week. In December 2012 it was decided that he needed immunoglobulin replacement therapy every fortnight. This involves a subcutaneous injection into his legs using a pump, it lasts an hour. “Your son has a rare immune deficiency called NEMO” the consultant explained “don’t google it, read this leaflet instead”. I did both and felt numb.
Nemo is very rare, I found out that about 12 other people have it in the UK. People with it frequently get ill, and have quite severe bacterial infections. It’s passed on the X chromosome from the mother and therefore is usually a male only problem.
Fast forward to November 2013. After a difficult year , not for Herbie but for us as we learned that one of daughters, Lily, also had Nemo, extremely rare for a girl and she was quite ill during the summer, Herbie started getting high temperatures.
We had waited a few days then seen a GP, all was fine so probably a virus, two days later we went back, prescribed amoxicillin. Fevers continued and on Sunday, 6 days after it all started I went to A & E after calling our consultant team. The fevers continued, no other symptoms, our consultants were constantly talking, trying to eliminate possibilities. A chest X-ray showed a problem similar to Lily. My world started to crumble…
A lung wash, lung biopsy and various tests before Christmas showed atypical micabacteria like Lily. He started an intensive course of meds, iv’s daily and orals. He cried, he threw up, we cried. Christmas and his brothers 6th birthday & sisters 11th birthday passed by in a haze. We felt like we were living in a bubble.
2014 brought no relief, a routine appointment on Jan 7th uncovered a few spots on his abdomen, possible shingles which would be a disaster. He spent another 12 days in hospital, including his 5th birthday. He had a blood transfusion on his birthday, his liver started showing worrying signs, his spleen hugely enlarged and his lymph were up like bolts in his neck. He was out of hospital on Jan 19th but admitted again on the 24th to remove two infected lymph from his neck. A week or so of looking like things were back on an even keel. Daily 3 hour visits from our fabulous community nurse to administer iv’s and redress wounds were all we had to incorporate. Then on Feb 19th during a visit to Great Ormond Street hospital for pre Bone Marrow transplant tests an ultrasound on 3 more lymph in the neck showed infection again so back to the JR in Oxford we went to get them removed. So that’s where we are…home now, still on the meds, oral and iv. Awaiting more test results on biopsy of a lump on his arm, the stuff removed from his lymph. He is such a trooper. This blog will hopefully help me to write down the journey to and through and after transplant…welcome aboard our roller coaster , hold on tight!