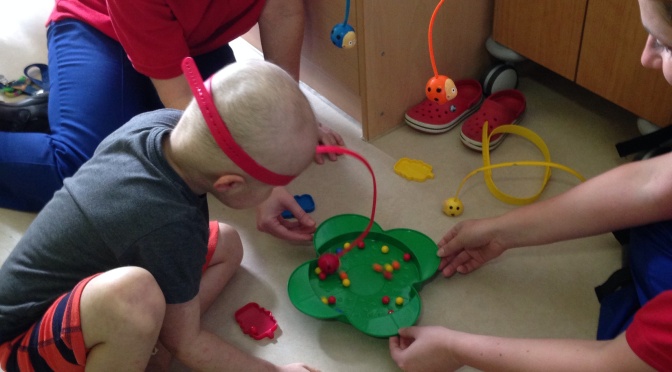 Herbie had been really on top form since his last hospital stay and we honestly felt the best since transplant. Energy levels were great, eating well, drinking his target of 1600ml without problem and temperature staying below 36.5. We discussed regularly in the evening how things seemed on track at last.
T+108 came and I was greeted at 7.30am by a smiley boy, already dressed and on top form. I remarked to Dan how good it felt seeing him back to his old self every morning. Dan gave the 8am meds and headed off for a run. He has the 2014 Run to the Beat 10k for Great Ormond Street this month.
As soon as he had left Herbie complained of tummy ache. Now he does take lots of meds at 8am, 8 different ones, so occasionally he moans about tummy ache. I gave it half and hour but by then he was holding his tummy and quite upset. I took his temperature, 36.4, perfect, so gave him calpol for his tummy.
Dan returned from his run to find a little boy doubled up on the sofa, wincing saying “it really hurts, that calpol is rubbish”
I took his temperature, 37.5 suddenly…it felt like a rerun of the last time we were admitted. His temperature hit 38 and that, as we all know, automatically starts the admission and TAZ protocol (AGAIN) for a line infection. That means 48 hours in hospital even though I think everybody knew it wasn’t a line infection!

The timing of this admission was dreadful, the following day the twins were due to start secondary school, I still hadn’t managed to get shoes or trainers that would fit Kitty and Rufus started back a day later so we needed someone to look after him if we were in hospital.
There were many tears shed as I said we needed to contact GOS. However Herb just said “can I take Dogdog and my pillow please’
I was sad in one way that he’s resigned to going back in but happy in another that he wasn’t kicking up a fuss.

He slept on the hospital bed as soon as we arrived. He was very hot but once cultures were taken from his line he was given calpol. However he threw up and it was decided he needed it iv to ensure the temperature came down. His skin was getting very blotchy and Dan and I realised quite quickly that this was probably GVHD again. Our worry was that it was also in the gut.
The JR consulted with GOS and an ultrasound was ordered to see what was going on in there.
I had to leave to get back home to sort out the girls ready for Secondary school. Dan took him off for ultrasound, he was laid out on his bed, hot and asleep. I felt awful leaving but the girls needed me.

That evening Dan reported that the paracetamol had kicked in and Herbie was bright and cool and happy. The ultra sound was ‘unremarkable’ and nothing was a worry to the doctors. This was great news but it was agreed by all that this was GVHD rearing it’s ugly head again. This is annoying as Herb is in the lowest category to get it really, sibling matched donor, 10/10 match, same blood group so no changing of blood group, same gender donor!

Still, it was a relief that the ultrasound looked good and they upped the steroid again(we had just weaned that too!) to counteract the GVHD.
Once the temperature was gone he was ‘old Herb’ just a little blotchier!

Still blowing raspberries at the doctors (and some poor nurses!) but always happy to see the ward play specialists Grace & Sam and Juliet the hospital school teacher!

By the evening it was decided, in consultation with GOS, that if temps stayed away, culture were negative and GVHD under control he could stop the TAZ in the morning and could go home on Wednesday.

Day T+110
Wednesday arrived, the three others were all packed off to school sporting new uniforms and with much excitement and I headed to the JR again. 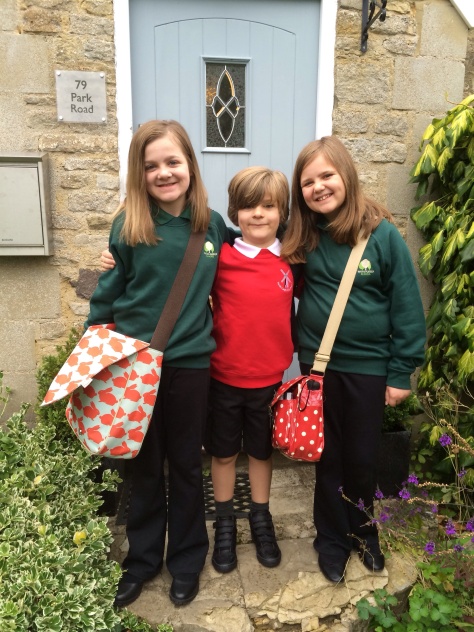 I swapped with Dan, who went straight off to do some work, and arrived in Room 25 (yes we are in that room again!) to find it full of doctors! Herbie was holding court! The doctor in charge said that the iv’s were to continue, which was not what we had thought was happening, and that we MIGHT go home today! Grrrrrrrrrrr
They also wanted a repeat ciclosporin level as it was only 50 on Monday and it should be between 100-150. Ciclosporin is one of the immune suppressants and if levels go too low it can cause GVHD. However the level was taken almost 24 hours after the last dose given which is probably why it was low! Annoyingly though they only told us they needed a level at 10am, so his 8am dose had been given! This meant staying until 6pm.

Luckily Juliet came twice to do science and maths with him which he loved and she commented on how well he had come on with his reading etc since January.

Herbie continues to be blotchy but thankfully it isn’t getting worse or too itchy. It’s not pleasant to look at but he’s in great spirits. More importantly…he’s upstairs asleep in his own bed! Yes we are finally home again. Now I’m not a gambling person but anyone placing bets on when the next stop at the local might be? Herbie is just like his dad, never takes the motorway when he can take the longer, windier and more complicated ‘scenic route’

One thought on “Taking the scenic route”